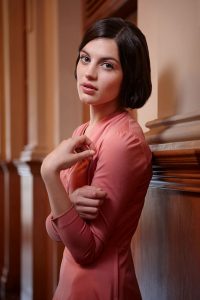 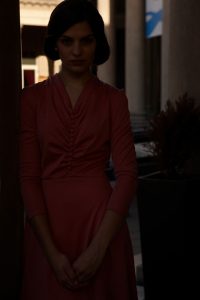 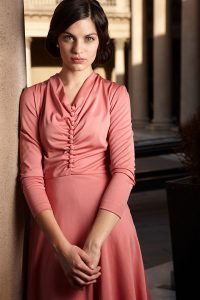 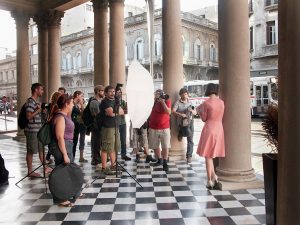 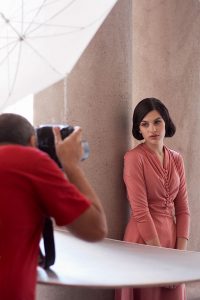 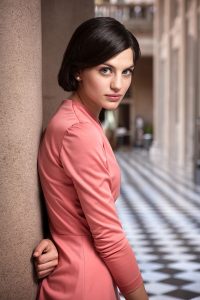 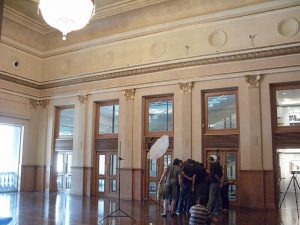 Strobist mode means, in most cases, that you remove the flash from the hot shoe of the camera. In English this is called “off-camera flash.” This allows us to place the light in the angle we find most convenient to model the appearance of a face or change a reflection when making a still life.

In some situations we may want the flash to be positioned above the camera, but not in the hot shoe of the body of the camera.Then it is very useful to have what is called a Grip Head that allows you to put on, as an arm, any extension of the Manfrotto 1122, or arms such as Lastolite or Elinchrom.

The Manfrotto 1122 extension is very useful for situations where we need to extend the height range of our foot as  the Manfrotto 152 adapter can link it with rigidity.

Sometimes it is not possible to place the foot of the flash where we want, or maybe we do not have another foot. A clamp as the Manfrotto 035 is perfect for catching from almost any place and through a pin-type Manfrotto 013 double-pass we can attach it to the universal umbrella head Manfrotto 026, or similar metal hinges.

Another very comfortable and versatile option is the magic arm with a Nano clamp.

If the flash not is too heavy you can also use a Manfrotto clamp 175F or a similar one, that counts with a cold shoe for the flash to be placed directly on it. 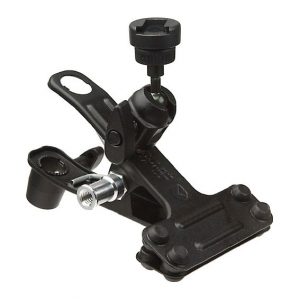 At times I have found myself in situations where I had to place a flash in the ceiling and there is no chance if it is a typical ceiling with gypsum modules. In these cases the ceiling clamps such as those that manufacture Arri or Kupo are great! 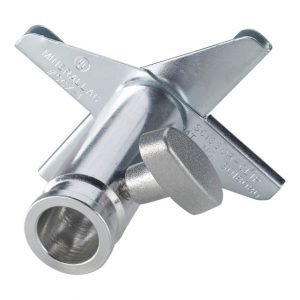 If the flash is not very heavy you can place it in a suction clamp like Manfrotto 241 and place it on to glass or any nonporous surface.

Finally, if we have the invaluable help of an assistant, we can work with much more comfortable using an arm of the boom type from Elinchrom or improvise a more economical one using a bar that you can extend, like those used by painters, along with Kacey adapter. 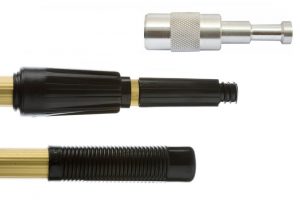 This assignment was for a feature on beauty and health, and it was shot by the pool of the Majestic Hotel in Barcelona. One of the pictures was to be considered a possible cover for the magazine.The covers for Clara Magazine are characteristically very clean looking, usually with a white background and wide framing to allow for text and headlines to be included.The story headline texts of most women’s magazines have to be on the cover, which unfortunately detracts from the picture.

We have to take into account that each magazine is a product addressed to a very specific public and therefore every cover has to fulfill all the requirements set by the management department. But I guess that every photographer’s dream is a less crowded cover, like Harper’s Bazaar or V.

Back again to our assignment – the difficulty in it was finding a white wall with enough available space to work comfortably. In addition, this cover had to be brighter than usual because it was summertime and it had to deliver a fresh look.
I found the perfect place on the last floor of the hotel and luckily there was a white sofa that I could use. We just had to move the furniture a little and shoot the cover.

Clara covers are usually shot with a neutral, low-contrast light that is neither too hard nor directional; which tends to be more natural.
To achieve this effect I used a couple of Wafer 100 light boxes with Bowens flashes of 1500 w/s plus a silver/white Lastolite reflector. However, on the left of the set one can notice a Window and a zenithal skylight. They have not interfered with the lighting since its light power is lower than that of the flashes.

The light box directed to the background wall, overexposes the surface and bounces off to the model reaching her hair slightly above the main light. The shots have later been exposed to 1/2 EV again above the main light to slightly “clean” the skin. This shoot was done with film and the exposure error margin in the slide EPP was critical.
I took a couple of Polaroid pictures to be sure that the light was under control.
Nowadays with digital sensors and histogram readings everything has changed. There is much less need to use a light meter! I am not sure that this is a good thing.

Once the cover was done, I shot the photos on beauty and health using natural light and reflectors (and a less prominent flash)

All rights reserved. © Isarrualde Photography. It is forbidden the use partial or global of this website unless authors written permission.